What's in a name?

During a conversation with a returning Getawayer, I called our weekend the Retreat.  She thought this word gave the wrong image of what our weekend is all about.  Although it has been officially baptized Gitta's Getaway, I do say Retreat a lot.  Possibly because other  shops or guilds generally refer to them as such.  We came by Getaway by playing on the G in Gitta's, even though we only go as far as the West Village of Port Credit. 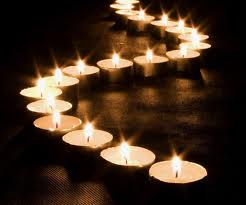 Retreat, I was told, makes it sound like a religious- spiritual- finding yourself kind of gathering.  She felt our  weekend was more of a gathering of old friends and family; a fun sharing of times and laughter with other stitchers.  So then I commented, maybe we should call it  Gitta's "Get Together" as a better description of our weekend.


But what is in a name anyway?   Although for us, the Gitta's Gang, and those joining us from Mississauga and Toronto the hotel is only "down the road", we also have friends travelling in from Ottawa, Montreal, Aurora, Barrie, and Gravenhurst, to name a few, who are getting farther away.
But in essence aren't we all getting away from something?

As for the religious aspect associated with the term Retreat, after thinking about this I thought,  Retreat is actually not an incorrect reference, as the weekend allows us to reconnect with like minded people, to share our love of stitching, and to make new friends.  It is truly a mind cleansing of our everyday stressors -  isn't that soul fulfilling?!
Posted by Kathrin at 1:18 PM No comments:

Unsure of next Retreat

A more detailed weekend schedule will be posted closer to the event.

The next Gitta's Getaway is scheduled for 2015

Links to Look At

Where Folks Are From